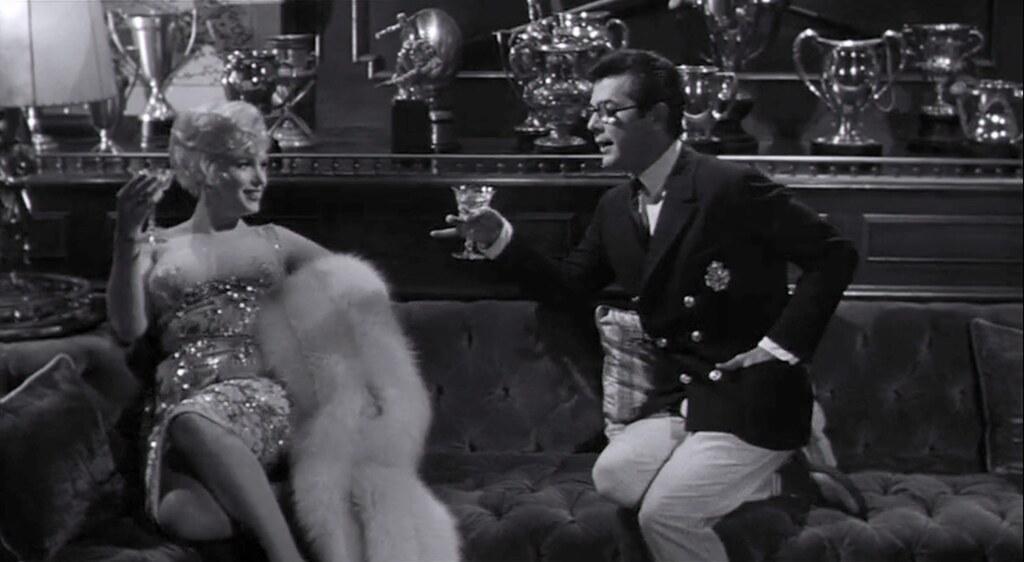 7 Classic Comedies To Cheer Your Day

In Phoenix, Arizona, the daytime temperature often exceeds 100 degrees Fahrenheit during the summer months. If you're looking for a way to beat the heat and brighten up your day, check out one of these classic comedies. Have even more fun by inviting friends to your assisted living apartment and throwing a theme party. All you need is some popcorn, beverages and a comfortable place to sit.

Audiences laughed until their sides hurt when Bing Crosby and Danny Kaye dressed up as the Haynes sisters in White Christmas. "Some Like It Hot" takes it to a whole new level with Tony Curtis and Jack Lemmon dressing as women to escape from murderous mobsters. While dressed in drag, Curtis and Lemmon—as characters Joe and Jerry—struggle to keep up the charade, leading to some wacky hijinks as they make their way to Miami.

What happens when a Broadway producer tries his best to produce a flop instead of a hit? You'll find out if you watch "The Producers". In one of his most memorable roles, Zero Mostel plays a dishonest producer (Max Bialystock) who convinces a nervous accountant (Leo Bloom) to conceal financial irregularities. Bloom realizes a producer can make far more money on a flop than a smash, prompting Bialystock to mount a production of "Springtime for Hitler." The offensive subject matter, a lead actor who isn't really an actor at all and the hiring of a director with a terrible track record will force "Springtime for Hitler" to close after one show—or will they?

If you like dark comedies, you'll love "Arsenic and Old Lace." Cary Grant plays Mortimer Brewster, a man who was raised by his aunts and is now married to the local minister's daughter. Shortly after his wedding, Brewster discovers a body in his family home and assumes that his brother, Teddy, murdered someone while experiencing a delusion. Brewster is shocked—and you will be, too—when he finds out what has really been going on in the house.

Cary Grant also makes an appearance in "His Girl Friday", this time as Walter Burns, an editor who has managed to maintain a good professional relationship with his ex-wife (Hildy Johnson). When Hildy reveals she's about to marry another man, Walter cooks up a scheme to get her to break off the engagement. Although Walter claims he doesn't want to lose Hildy as a reporter, he really doesn't want her to marry a boring insurance salesman. You'll laugh out loud as Walter frames Hildy's soon-to-be husband for several crimes and tries to convince Hildy to pursue one last scoop before she gets hitched.

"The Love Bug" takes an ordinary car—a 1963 Volkswagen Beetle—and turns it into something extraordinary. Race car driver Jim Douglas, played by Dean Jones, is down on his luck and barely has two nickels to rub together. When he visits a local car dealership and sees the owner (Peter Thorndyke) treating the Beetle badly, he's compelled to speak up in the little car's defense. What he doesn't know is that the Beetle has human qualities. Filled with gratitude for the way Douglas passionately defended him, the Beetle decides he wants to revive the man's racing career and do a little meddling in his love life.

If you've ever had a roommate who was your complete opposite, you'll empathize with at least one of the main characters in "The Odd Couple". The classic buddy comedy takes a man with obsessive-compulsive tendencies (Felix) and puts him in close quarters with a slob (Oscar). All Oscar wants to do is enjoy life, but Felix drives him crazy with his constant cleaning and worrying. Even worse, Felix is hung up on his ex-wife and keeps ruining Oscar's plans by being a sad sack. Will they work out their differences? You'll have to watch to find out.

Before he starred in "The Pink Panther", Peter Sellers showed off his acting chops in "The Ladykillers", a 1955 film that's classified as a black comedy. The film centers on a lonely widow (Mrs. Wilberforce) who makes frequent trips to the local police station to tell the officers what she suspects is going on in her neighborhood. The officers have given up on taking her reports seriously, so when Mrs. Wilberforce reports an actual crime, they don't believe her. Bumbling criminals, a cello case filled with stolen money and a lot of double crossing make this black comedy a joy to watch.

The Bethesda Gardens assisted living community in Phoenix, Arizona, provides plenty of opportunities for recreation and socialization. Whether you're walking along one of the trails at the Phoenix Mountain Preserve or having a few friends over to watch a side-splitting comedy, you'll be able to stay active and enjoy a comfortable living environment.

Call us at (866) 744-6717 or
Schedule A Tour
of Bethesda Gardens Assisted Living and Memory Care in Phoenix, AZ.
Copyright © current year Bethesda Foundation